This morning I awoke to this story: 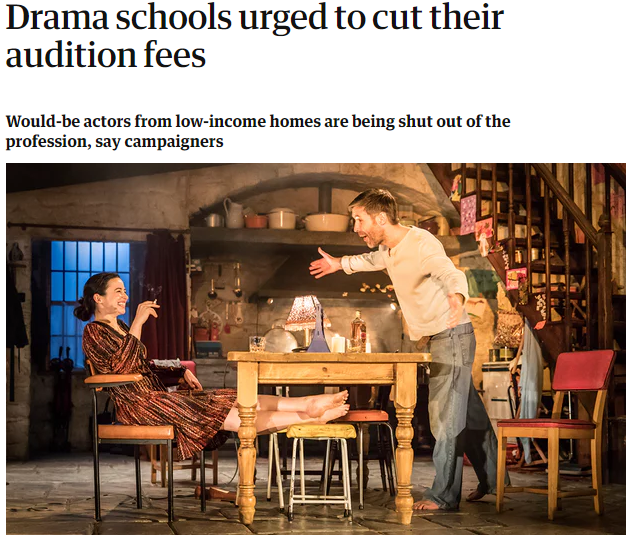 And I have to admire anyone trying to convince these drama schools to reduce their audition fees but I do find the situation futile.

We have to accept that there is every possibility they don’t want working class actors.

You see, there are two reasons for why they introduced these fees.

If it’s 2 then they shouldn’t be doing that job. Chances are, it is 1. They simply do not want working class people infesting their drama schools. Imagine them coming in with their accents, comprehensive school educations and a packed lunches made by someone who isn’t an multilingual nanny.