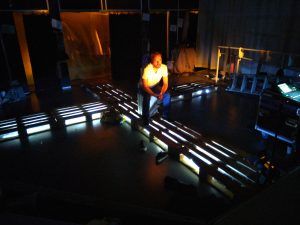 only followed me through this blog you’d think nothing happened since May. Yet in reality I’ve done Edinburgh Fringe, helped set up a successful poetry night, had another play performed (see wicked image to the left), struck a great relationship with another theatre company, helped set up some events for Wolverhampton Literary Festival, dressed up as a fairy Godmother and I’m about to go to Seattle. So, you know, it’s more I’ve not done a good job updating this blog.

I’ve also had a dental abscess, did the design team at 14/48 Leicester and wore this hat: 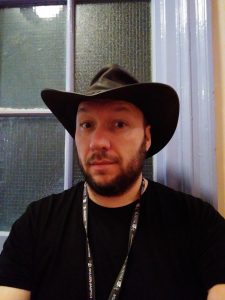 I know yeah… how fucking good do I look in that hat?

In fact, so good do I look in that hat that I promised I would wear more hats. The only hats I’ve worn are Thinsulate ones because of the cold weather. It’s a shame because I have a kicking straw boater. Let’s be honest, if I can’t wear hats I’m hardly likely to keep the blog up to date, am I?

That said, part of the thing with me being in Seattle is writing a blog so I am contractually obliged which means it will happen. I’m nothing if not a slave to the contract.

Therefore chances are you won’t find out about the score keeping I’m doing for an end of year radio quiz and probably not know about the radio show I was a guest on which was very entertaining but you’ll know everything about Seattle because… contract.

Speak soon… probably while I’m on a plane.