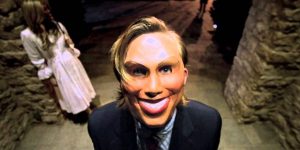 I’ve just completed a Twitter Purge. It felt good. Like I was stripping wallpaper and I grabbed at a small corner and the whole strip came away in one go leaving a perfectly flat bit of plaster.

The purge itself wasn’t of people I follow but my own Tweets. It’s not the first time I’ve done this and I’m aware they’re probably knocking around in archives on various websites but they’re gone from Twitter itself and that’s a good start. If you’re so desperate to know something about me you knock around on Wayback Engine then seriously, just ask me and I’ll tell you. You’ll quickly find I’m not that interesting.

So why did I delete them? Tweets always feel a little bit “of the moment”. And what’s the point in having tweets “of the moment” when the moment was 3 years ago. Oh look, I did a gig in Birmingham which was mildly important 2 years ago but of no consequence now.

It’s not the first time I’ve done this. I have a clean out every now and then. I know for some this feels like a major thing but it’s just like clearing out the drawer stuffed with underwear. Sure some of those pants meant something at some point but there’s nothing like the feeling of new under crackers, is there?

This is something I intend to do regularly from now on. And you could very well be saying, “Dave, why bother?” But we could say the same about Twitter in general, couldn’t we? We could say the same about so many things. And let’s be honest, if you have thousands of tweets how many people scroll through them? Do you scroll through either your own or other people’s? I don’t.

And yes, data mining has been back in the news lately and it feels weird that these little thoughts I had while drunk in a field in 2014 can still exist somewhere to be targeted by advertisers, political parties and three letter agencies.

Plus, maybe it means next time we meet you’ll have a means of starting a conversation. You’ll question me and we’ll talk and breezes will be shot. One of us will get liquid refreshment then the other will feel the need to reciprocate. Cake will probably be consumed. At the end we might not feel any more connected but we’ll feel it’s been a fun couple of hours talking in a social setting and our phones will have remained untouched. And we will never Tweet about it, or register our attendance at this place on Facebook or post an Instagram picture of a cake. It’ll just live in our memories… and it’ll feel special.

Or we’ll forget each other exist.